What Is Germany's Leopard 2 Tank Doing in Syria? Dying. 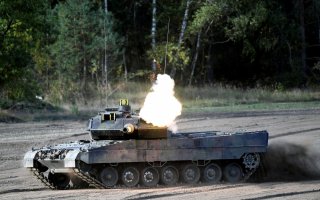