What Happened with the M16 Rifle in Vietnam 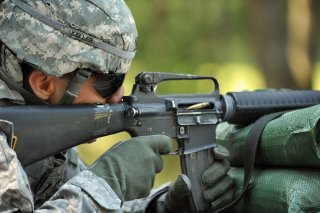 Here's What You Need to Remember: In the summer of 1966 rumors began to filter out of Vietnam of problems with the rifle. The rumors included weapons failing to feed, failing to fire, and failing to extract.

Kyle Mizokami is a defense and national-security writer based in San Francisco who has appeared in the Diplomat, Foreign Policy, War is Boring and the Daily Beast. In 2009 he co-founded the defense and security blog Japan Security Watch. You can follow him on Twitter: @KyleMizokami. This article first appeared two years ago and is being republished due to reader interest.