What Happened When America and Iran Went to War at Sea in 1988? 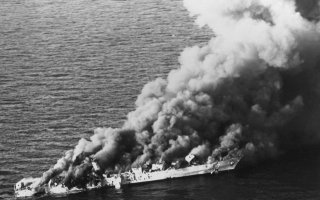 Here's What You Need to Know: Half of Iran's Navy was sent to the bottom of the sea.