What Happened When Russia Tested Its Uran-9 Robot Tank in Syria? 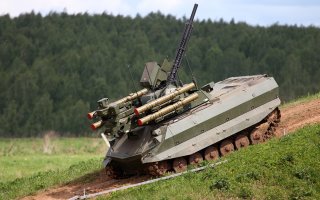 Here's What You Need to Know: Moscow's new tank was supposed to be a leap forward, but it has a lot of problems.