What Happened When a Russian Submarine Smashed into a U.S. Aircraft Carrier? 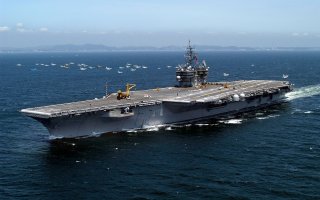 Here's What You Need to Know: The 1984 collision was far from being the only incident.