What Happens After a Coronavirus Vaccine is Approved? 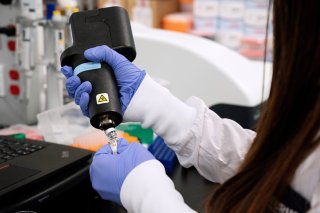 The race for a SARS-CoV-2 vaccine is well underway. It’s tempting to assume that once the first vaccine is approved for human use, all the problems of this pandemic will be immediately solved. Unfortunately, that is not exactly the case.

Developing a new vaccine is only the first part of the complex journey that’s supposed to end with a return to some sort of normal life. Producing hundreds of millions of vaccines for the U.S. – and billions for the world as a whole – will be no small feat. There are many technical and economic challenges that will need to be overcome somehow to produce millions of vaccines as fast as possible.

I am a professor of health policy and management at the City University of New York (CUNY) School of Public Health and have been working in and studying the worlds of vaccine development, production and distribution for over two decades. The issues the world is facing today regarding the coronavirus vaccine are not new, but the stakes are perhaps higher than ever before.

There are four main challenges that must be addressed as soon as possible if a vaccine is to be produced quickly and at a large scale.

The shrinking and outsourcing of U.S. manufacturing capacity has reached into all sectors. Vaccines are no exception.

The number of U.S. biotech and pharmaceutical companies involved in vaccines development and production has fallen from 26 in 1967 to just five in 2004. There are many causes – relatively low profit margins, smaller markets compared to those of other medications, corporate mergers, liability risks and the anti-vaccination movement – but the result is that in some years, companies have struggled to meet need even for existing vaccines. Just take a look at the flu vaccine shortages of 2003-2005 and the childhood vaccine shortages of the early 2000s.

When a coronavirus vaccine is approved, production of other vaccines will need to continue as well. With the flu season each year and children being born every day, you can’t simply reallocate all existing vaccine manufacturing capacity to COVID-19 vaccine production. New additional capacity will be needed.

The Type of Vaccine is Still Unknown

While there are a few frontrunners at the moment, it is still unknown which of the more than 160 vaccines in development will get approval first, and therefore, what kind of manufacturing needs to be put in place. Producing a COVID-19 vaccine will not be the same as adding a new strain to an existing flu vaccine or simply tweaking how other existing vaccine are made.

Most existing vaccines, like those for flu and measles, use either inactivated or weakened forms of those specific viruses to generate immunity, but researchers can’t simply swap the flu virus for SARS-CoV-2. Additionally, a SARS-CoV-2 vaccine may not even use inactivated or weakened virus, but instead could incorporate a protein or genetic material from the coronavirus. Manufacturing such pieces of the virus in large amounts may require new processes that never been tried before, since the Food and Drug Administration hasn’t ever approved any DNA vaccines for human use.

Some companies are developing mRNA or DNA vaccines. Others are working with inactivated SARS-CoV-2 or even other types of viruses like the chimp adenovirus. Then there are those targeting different protein subunits of the virus. Each vaccine may have very different manufacturing requirements and it is impossible to know which of these candidates will reach the market and when.

Governments and other funders face a difficult choice. If they gamble and provide funding to scale up manufacturing for a particular vaccine now, they could save time and thus lives. Picking wrong, though, could end up costing much more in money, suffering and lives. Ultimately, manufacturers will seek financial assurances – like upfront payments or commitments to buy the vaccine when it is available – from governments and funders to make sure that the time, effort and resources dedicated to vaccine development and manufacturing will not be wasted. For example, the U.S. government’s US$2.1 billion deal with Sanofi and GSK will include scaling up of manufacturing capacity and the purchase of 100 million doses of the vaccine.

The Size of the Problem is Unprecedented

As the saying goes, knowing is not the same as doing. Producing a completely new vaccine at such a large scale so quickly is unprecedented.

Numerous delays occurred in the production of the H1N1 flu vaccine in 2009. Consider what may happen with a novel vaccine that could require new reagents, production processes, equipment and containers, among other things. Rollouts of the smallpox and polio vaccines occurred decades ago with less urgency and when populations were significantly smaller. Today, assuming that the herd immunity threshold is at least 70%, manufacturers would need to produce at least 230 million doses to cover the U.S. population and over 5.25 billion doses to cover world’s population. And that’s if only one dose is required. Requiring two doses per person would double the doses needed.

Never before has humanity tried to produce something for every person on Earth as quickly as possible. There are going to be problems.

Ultimately, most potential vaccine manufacturers are businesses, seeking to minimize costs and maximize revenue where possible. They will want incentives to forego other more lucrative opportunities, such as continuing to develop or produce medications that have higher profit margins.

For example, companies may not readily reveal current and potential manufacturing capacity. After all, these can be major bargaining chips in negotiating contracts with governments and other possible funders. Revealing that you have too little capacity right now may jeopardize confidence in your ability to make the vaccine. Revealing that you already have enough capacity can hinder your bargaining for more funding and resources.

During the 2009 H1N1 flu pandemic while I was working within the U.S. Department of Health and Human Services, we had to continuously deal with changing vaccine production schedules as manufacturers continued to renegotiate the terms with the government.

Moreover, the extent of the pandemic brings this poker game to the world stage. Different countries may be negotiating with or even against each other and manufacturers. For example, high-income countries may be angling to get ahead of other countries seeking to receive vaccines.

A Plan and a Systems Approach

Ultimately, vaccine production is only one part of a complex, interconnected system whose ultimate goal is to prevent people from getting a disease.

The type of vaccine developed, size and location of the initial target populations, the way the vaccine is administered, the number of doses and the storage requirements for the vaccine are all interconnected and just some of the factors that affect the production requirements. For example, work done by my team at the City University of New York has shown that that the number of vaccine doses that you put in a single vial can have a variety of cascading effects on vaccination and disease control programs.

People’s lives, and life as we know it, are on the line. All of the complexities of producing a vaccine need to be addressed through open worldwide discussions and extensive mapping and modeling of these scenarios. Without proper planning and preparation, society may be left in a situation where production cannot meet demand or vaccines are shoddily produced.

And even when enough vaccines are manufactured, there’s still the challenge of actually getting them into hundreds of millions of people in the U.S. and billions around the world. There are worries that there won’t be enough glass vials to store the vaccines or syringes to administer them, as well as concerns about the temperature controlled supply chain.

These challenges of production and distribution, though large, are not insurmountable. The more planning governments and businesses do now, the better they will be able to deliver the vaccines the world so desperately needs.