What If Kim’s North Korea Controlled the Entire Peninsula? 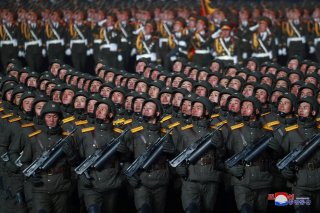 Here's What You Need to Remember: What would have this meant for the Korean people? Good and bad, according to scholar Andrei Lankov. There would have mass repression in the South, but military victory and the absence of a hostile South Korea on its border might have made the regime a bit less murderous.

Michael Peck is a contributing writer for the National Interest. He can be found on Twitter and Facebook. This first appeared back in 2016.