What It Feels Like to Fly an A-10 Warthog 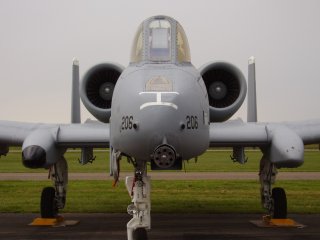 Here's What You Need to Remember: It kind of encompasses all the senses. There’s a massive noise you can hear through your double hearing protection, and through the canopy. There’s massive vibrations; you can feel it. You can see the gun gas; you can smell it. Every bit of your senses are just maxed out when you’re firing the gun.