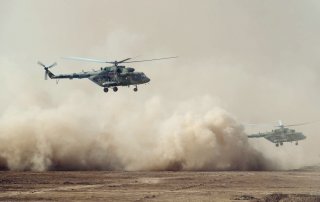 It wasn't long ago that Russia concluded its Kavkaz 2020 military exercise. The annual exercise, which took place from September 21 to September 26, rotates through one of Russia’s four military districts and took place this year in the Southern Military District.