What Kind of Navy Does the United States Really Need? 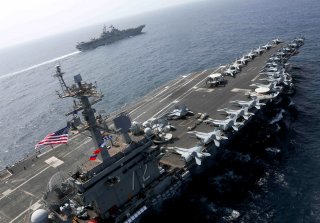 Here’s What You Need to Remember: Reinventing America's navy, in short, could involve reshuffling priorities for future acquisitions, tactics, and operations. A strategy premised on starting with sea denial, deploying unconventional techniques to incapacitate adversaries' sensors and weaponry, and relegating the surface navy to secondary status would have seismic impact not just on the navy's warmaking methods and force structure but on its very culture.