What Made the Iowa-Class Battleship So Legendary 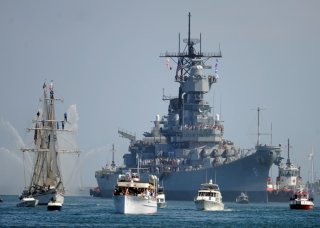 Here's What You Need to Remember: That vintage World War II dreadnoughts could play an important part in an ultramodern regional war reveals principles of ship design useful to fleet designers today.