What Makes the Glock 42 .380 ACP Different from Other Pistols? 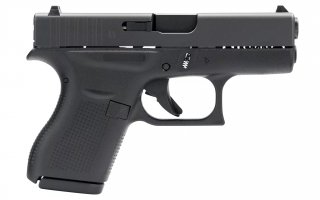 Here's What You Need To Remember: In the right hands, the Glock 42 pistol could conceivably become as deadly as its larger caliber brethren.