What Makes the Russian PKM Rifle So Good? 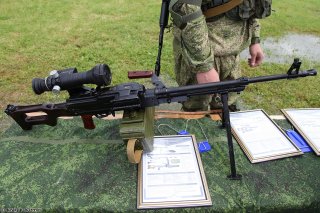 Here's What You Need To Remember: The PKM shares many design similarities with the AK-47, its predecessor - but is altogether a much better rifle.

Charlie Gao studied Political and Computer Science at Grinnell College and is a frequent commentator on defense and national security issues. This article first appeared in March 2019.