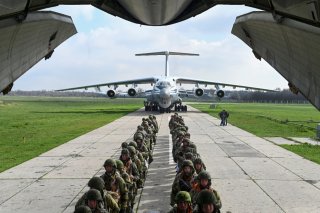 Here's What You Need to Remember: The future of the Russian transport fleet appears to continue along this course, giving Russia greater airlift capacity and flexibility. In order to maintain their status as the second greatest air-mobile military, Russia is still looking to upgrade and expand their fleet.

This first appeared earlier in October 2019 and is being reposted due to reader interest.