What the U.S. Navy Can Learn From Sci-Fi TV 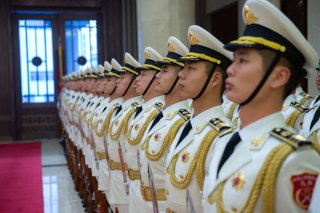 And lastly, the nation is poised to undergo a change of presidential administrations that will usher in a president inclinedto bulk up the U.S. Navy, along with a secretary of the navy reportedly inclined to agree. The next few months, then, represent the ideal time for the navy leadership to put the case for new policies—including less minimal manning—before a political leadership favorably disposed toward such policies.