What Will the Next President's Pacific Strategy Be? Let's Examine Some Possibilities 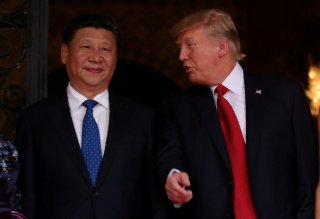 Washington’s approach to the Indo-Pacific will change over the next four years, regardless of the outcome of the November election. The only questions are how and how much.

The first term of President Donald Trump, while stylistically unsettling, produced many conventional national security and foreign policy outcomes in the Indo-Pacific. The US military is still forward-deployed. The Trump administration has maintained US alliances throughout the region and diplomatic commitments to Southeast Asia. It has undertaken new diplomatic initiatives as well, in places like the South China Sea and the Mekong.

As for his opponent, former vice president Joe Biden is the definition of the bipartisan Washington establishment. He is proposing no big changes in America’s traditional Asia policy, beyond repairing the damage he estimates has been done to it by Trump. A Biden administration’s national security strategy would more resemble the Trump administration’s 2017 document than anything produced during Barack Obama’s administration.

All things being equal, bipartisan consensus on geostrategic competition with China will carry the day whoever wins the American presidency.

The problem is, all things are not equal. The US faces two deep crises at home: unprecedented levels of debt associated with managing the Covid-19 pandemic and escalating political divisions. The way it sorts though these challenges rests on the distribution of power in Washington for the next two to four years. And on that will turn the future of America’s Asia policy.

There are a number of likely configurations next year’s distribution of political power could take.

A Trump presidency, Republican Senate and Democratic House. This scenario will mean more of the same. Trump will continue a forceful line on China, and this competitive dynamic will guide American foreign policy generally throughout the region. There will continue to be bipartisanship in Congress around the need to confront China. The difficulty will come in reconciling inevitable overall budget cuts with a hawkish China policy. The choices will be to maintain defence spending at the considerable cost of domestic programs; to attempt the China competition on the cheap—most significantly, cutting into military readiness and shipbuilding plans; or to prioritise the Indo-Pacific theatre over other global interests. There will be a similar set of choices with State Department and development assistance funding.

A Biden presidency, Republican Senate and Democratic House. There are competing factions within the Biden camp, one reminiscent of Obama’s conciliatory China policy and another more focused on competition with China. A Biden presidency will provoke persistent charges of appeasement from Republicans in Congress. No approach he takes to China will be strong enough in their estimation. This will invigorate hardliners in the Biden administration and seed the ground for ever-firmer policies down the road. Trading off domestic spending to maintain defence spending will be off the table. The government will, therefore, be left with even starker versions of the other two options, cutting into military and diplomatic capacity or downsizing commitments elsewhere. It will seek to make up the difference with a renewed focus on leveraging alliances and partnerships, as well as plurilateral and multilateral organisations.

A Biden presidency, Democratic Senate and Democratic House. In this scenario, Republican minorities in Congress will be strident in their criticism of Biden’s China policy, but deprived of control of the Senate, they will be less of a factor in policy development. This outcome favours the conciliatory side of Biden’s China team. There is no returning to the comprehensive Obama-era emphasis on US–China cooperation, but prospects of cooperation in specific areas like climate change and pandemic management will take the edge off US–China competition. In some areas, like the Trump administration’s very active schedule of freedom-of-navigation patrols in the South China Sea or its increased support for Taiwan, cooperation with China will on occasion take precedence.

Then there is trade.

The good news is that there’s bipartisan consensus. Unfortunately, US trade policy in the Indo-Pacific in coming years will have far more to do with trade politics than grand strategy. And unlike in previous eras, particularly during the presidency of George W. Bush, where the balance of political forces favoured free trade, the balance now has turned heavily in the direction of protection and industrial policy. This will constrain the economic component of any US Asia policy.

This is particularly true for high-tech issues, where there’s a powerful confluence of legitimate security issues and special interests. But while there may be adjustments in the target set—expect less pressure on Canada and Japan in a Biden administration, for instance—neither administration will move off of America’s new found enthusiasm for punitive tariffs as an instrument of trade policy. Tariffs on China in particular will be exceedingly difficult to remove.

Meanwhile, trade remedies that the Trump administration has made ample use of—anti-dumping and safeguard provisions—will continue to receive a great deal of attention. Remedies that appear to most contradict US commitments to the World Trade Organization, like restrictive tariffs, will receive less attention in a Biden administration. New comprehensive trade liberalisation initiatives—including joining the Comprehensive and Progressive Agreement for Trans-Pacific Partnership—will be nearly impossible in either administration.

Like in much of the world, 2020 has been a very difficult year for the United States. Washington remains, by and large, wedded to the commitments to Asia that have characterised its role for many decades. These commitments, however, are set to come under great stress. And while they won’t break, they will bend. How far and what shape they take will depend on who wins in November.