What Would a 2030 War Between the United States and China Look Like? 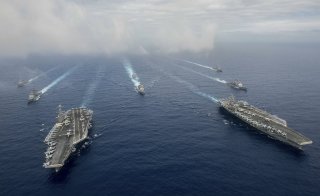