What Would a Second COVID Stimulus Look Like? These House Members Have an Idea 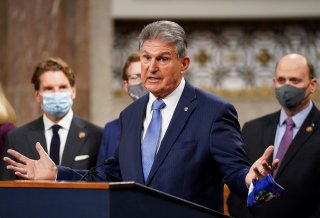 Yesterday, a bipartisan group of senators and representatives, including members of the House “Problem Solvers Caucus” led by Representatives Josh Gottheimer (D-NJ) and Tom Reed (R-NY), released a $908 billion framework for extending coronavirus relief. As displayed below, their proposal would provide additional state aid, extend the Paycheck Protection Program, and offer relief for air carriers, among other policies. Their proposal also extends temporary unemployment benefits currently payable through the end of December, while making noteworthy modifications that could help relief negotiations reach the legislative finish line.

The framework offered by the group lists little more than issue areas and proposed spending (such as “Additional Unemployment Insurance (UI) – $180 billion”). But yesterday’s press conference unveiling the framework offered important policy details. For example, the agreement “includes gig workers,” according to Sen. Bill Cassidy (R-LA), an apparent reference to extending the Pandemic Unemployment Assistance (PUA) program beyond when it is currently due to expire at the end of December. That’s part of a broader extension of benefits for the “people that basically we covered under the first CARES Act,” according to Sen. Joe Manchin (D-WV). That suggests the Pandemic Emergency Unemployment Compensation (PEUC) program offering extended benefits for those exhausting state UI benefits would be extended into 2021 as well.

The framework also revives federal bonus payments for unemployment benefit recipients. Its proposed bonuses of $300 per week would be down from the $600 provided through July and match the $300 bonuses the administration made available in August and early September. The revived bonuses would be payable through March, but it is unclear if that includes a “soft phaseout” starting at the end of January like other recent proposals.

Manchin also mentioned, seemingly in passing, an important detail that could help Congress enact a relief package if it includes a revival of such bonus payments. Of the $300 bonuses, he said the payments would be “retroactive to December 1.”

Like the $300 bonus amount itself, that December 1 date is a significant departure from a comparable proposal in the October version of House-passed Heroes Act, which Vice President Biden recently endorsed. That legislation would make $600-per-week bonuses payable retroactive to September 5. That means under the Heroes Act, individuals could receive $600 bonuses for as many as 16 weeks through the end of December — that is, a total of up to $9,600 per person. Conservatively assuming an average of 20 million would-be retroactive bonus recipients per week throughout that span, that translates into $192 billion in retroactive bonuses, comprising about half of the $389 billion estimated cost of all unemployment benefits payable under the Heroes Act. For context, $192 billion is more than all UI benefits paid nationwide in the past six calendar years. That’s an enormous expense that significantly compromises the chances of reaching an agreement on additional assistance — yet has nothing to do with avoiding the end-of-year “benefits cliff.”

For their part, senior Senate Democrats including Democratic leader Chuck Schumer (D-NY), Ron Wyden (D-OR), and Michael Bennet (D-CO) yesterday introduced legislation reviving $600 bonuses retroactive to September — and extending them through 2021. As a summary of their “American Worker Holiday Relief Act of 2020” notes, that proposal “[e]xtends Federal Pandemic Unemployment Compensation (FPUC), which provides a $600 supplement to every unemployment check, from September 5, 2020 until October 4, 2021.” The phaseout of their proposed $600 bonuses reaches to January 3, 2022, meaning the proposal would offer relief through the 2021 holiday season as well.

In contrast, the bipartisan framework resets retroactivity for its $300 bonuses to December 1, and as a result the lion’s share of its costs are attributable to extending benefits into 2021 — not paying them retroactively in 2020. Compared to the Heroes Act and the latest Senate Democratic proposal, more of its retroactive bonuses also would be paid to individuals who remain unemployed, instead of to those who may have already returned to work, as unemployment has fallen rapidly in recent months.

As its supporters readily admit, the bipartisan framework is not a perfect solution, and it has already drawn opposition from both sides. But it includes important features — like focusing more on temporary benefit extensions than on retroactive relief — that if adopted should make reaching a final agreement more likely, not less. Provided they want to reach a deal, leadership negotiators should take note.