When Disaster Strikes, Global Hawk Spy Drones Can Help Save the Day 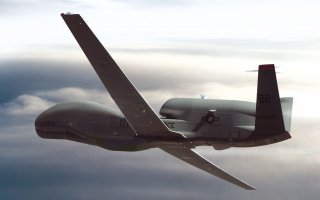 Here's What You Need to Know: Drones aren't only useful in military surveillance operations.

Following the devastating earthquake in Haiti in 2010, buildings had collapsed and people were dying while others trapped beneath rock and debris called for help. To make matters worse, this was happening all while needed communications networks for rescue efforts malfunctioned.

Yet, somehow, many lives were saved and many other recovered while earthquake-ravaged Haiti embarked upon a lengthy rebuilding period. One lesser-known element of this story is that, as part of the relief and recovery efforts, U.S. military war drones were used for extensive surveillance of damaged areas to support rescue efforts and generate high-resolution imagery for response planning.

As a communications intelligence, surveillance, and reconnaissance (ISR) platform, something like the Global Hawk must have provided vital connectivity in Haiti, given that first-responders were forced to operate with impaired or non-functional communications networks. As part of the disaster relief, the Global Hawk helped provide images to members of the U.S. Army 82nd Airborne Division who were deploying to Haiti to support relief efforts. Video from the Global Hawk also quickly helped those performing damage assessments to know where, specifically, damage had occurred by comparing post-earthquake images with images from before the disaster.

U.S. Air Force Global Hawks also took off from Guam in 2011 and helped survey damage and perform relief missions during the Tohoku earthquake and tsunami. Part of the effort included surveillance needed to secure the safety of Japan’s nuclear facility at Fukushima. As an unmanned system, Global Hawk provided disaster response leadership an option to assess damage to the Fukushima Dai-ichi Nuclear Power Plant without potentially exposing aircrews to harmful radiation as the facility began to experience a meltdown. This sort of platform flexibility draws attention to a perhaps overlooked benefit of unmanned systems—execution of critical surveillance missions without unnecessarily exposing humans to risk.

“The Global Hawk is an ideal ISR asset to aid in disaster relief,” Retired Gen. Gary North, former PACAF commander, said in a 2011 Air Force report. “It directly complements ongoing efforts in the region and represents how advanced technology can provide crucial and timely support to senior officials and search, recovery and disaster relief efforts.”

In this and other missions, the Global Hawk was able to leverage its endurance to sustain lengthy missions and beam back real-time video of key relevance to relief efforts. The added endurance of the Global Hawk, Northrop Grumman developers explain, enables the drone to quickly shift from humanitarian missions to military surveillance operations mid-mission should that be needed.