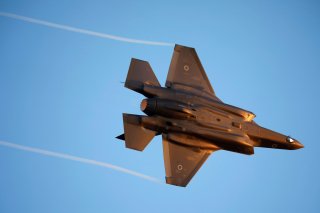 Here's What You Need To Remember: Neither Iran nor Israel has claimed any overflights. So who is the "informed source" that made that claim? Saudi Arabia, which is embroiled in a Persian Gulf cold war with Iran and would love Tel Aviv to fight Tehran? Other Gulf states? The CIA?

A Kuwaiti newspaper created a stir earlier back in 2018 when it reported that Israel's new F-35 stealth fighters had flown over Iran.