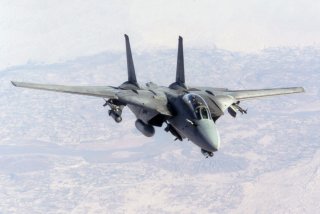 Here's What You Need To Remember: As so often before, the Navy Tomcats took the Libyans by surprise. Shortly after the four fighters merged at an altitude of 20,000 feet, both F-14s were in advantageous positions behind their opponents. With Bucchi behind him, one of Foxbats began maneuvering very aggressively, attempting to out-turn the Tomcat. Without success. The MiG-25 was hopelessly outclassed by the F-14A in a dogfight.