When Would Israel Nuke Iran? 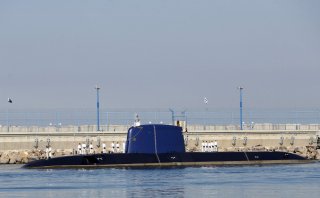 Here's What You Need To Remember: Why go nuclear? The biggest reason would be to ensure the success of the strike; both the device itself and the people handling the device would be important targets, and a nuclear attack would ensure their destruction more effectively than even a massive conventional strike.

Robert Farley is a frequent contributor to TNI. This article first appeared in October 2019.