Where Do NATO Aircraft Names Come From? 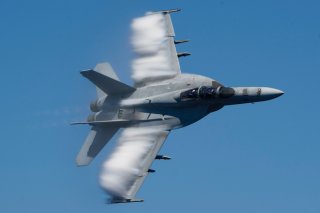 ​Here's What You Need to Know: The number of syllables used in the NATO reporting name of an aircraft can also give you important information about its type and capabilities.

NATO reporting names are so pervasive in American discourse that you could be forgiven for assuming that names like “SA-2 Guideline” and “Su-57 Felon” are simply translations of these systems’ actual names. The truth, however, is that NATO reporting names are issued by NATO using naming conventions designed specifically to both quickly relay the type of weapon system or platform you’re talking about, and to mitigate confusion between troops from different member nations.

As our old friend and F-35 pilot Hasard Lee so often puts it, the enemy gets a vote in how you fight, but when it comes to what we call the vehicles, weapons, and systems the enemy uses in that fight, they actually have very little say.

Where do these names come from?

NATO reporting names for aircraft are selected by the ASIC (Air and Space Interoperability Council), which includes members from Australia, Canada, New Zealand, the United States, and the UK. Prior to 2005, this council was called the ASCC, or Air Standardization Coordinating Committee.

Non-aircraft NATO designations are created by other organizations not listed by name in NATO’s references, but all reporting names are compiled and approved by NATO for use.

The meanings behind NATO reporting names

Sadly, NATO doesn’t just choose names for foreign equipment based on what sounds cool, but I’ll be the first to admit that sometimes, like when Russia’s questionable stealth fighter got the moniker “Felon,” it almost seems like there is a bit of a sense of humor to be found beneath NATO’s otherwise very functional approach to naming conventions.

NATO reporting names were born out of the Cold War need to keep tabs on Soviet and Chinese military equipment, shared by a list of allied nations that spoke different languages. Often, the actual names of these systems were unknown to begin with, particularly those discovered through espionage or reconnaissance.

The first letter of NATO reporting names is meant to indicate the type of equipment being named, not entirely unlike the naming convention adopted by the U.S. military for its airplanes in the 1962 United States Tri-Service aircraft designation system. Here are some examples:

The number of syllables used in the NATO reporting name of an aircraft can also give you important information about its type and capabilities. Single-syllable names like the Tu-95 “Bear” bomber, for instance, denotes a piston or prop-driven aircraft, whereas 2-syllable names indicate jets, like the MiG-29 “Fulcrum.”

But aircraft change over time, and sometimes it becomes necessary to add suffixes to NATO reporting names to differentiate between iterations of the same basic aircraft. To re-use the example of the Tu-95 Bear bomber, you’ll often hear a letter following the name, like “Bear F” or “Bear Foxtrot.”

Here’s what NATO themselves have to say about reporting names and how they’re assigned: