Which Five Aircraft Carriers and Battleships Are the Best of All-Time? 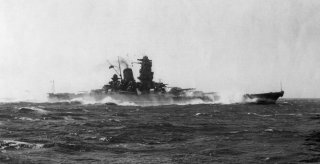 Here’s What You Need to Remember: Pundits and analysts have predicted the obsolescence and demise of the aircraft carrier since the waning days of World War II. At the moment, however, the Russian, Indian, British, Chinese, French, and American navies continue to put faith, and resources, into carrier aviation.