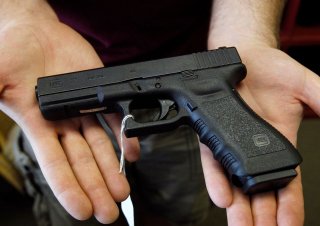 Here's What You Need To Know: The Glock 23 gets the nod for more practical reasons as it’s easier to conceal due to its slightly shorter barrel and grip. It can also use 15-round and even 22-round magazines, which totally negates the only real advantage the Glock 22 has to offer.