Which is Stronger an F-22 Raptor or a Hurricane? 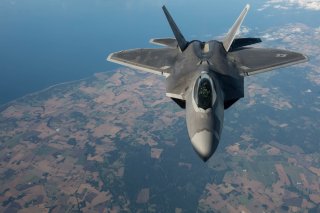 Here's What You Need To Remember: The F-22 Raptor may be the most elusive fighter ever built. But this October, the Air Force discovered that a Raptor with its wings clipped can’t evade the force of nature.