Who Cares About Stealth Fighters: This Is the Plane America Must Truly Fear 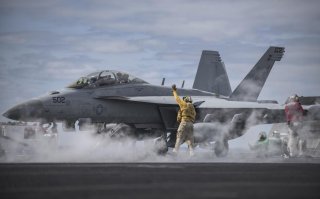 After all, China is more famous for how its own missile systems serve in its anti-access/area-denial strategy. Where might China actually confront enemy air defenses? Of course, SEAD aircraft would have application in a conflict with Taiwan or, more unlikely, Japan. However, the electronic-warfare aircraft may be most oriented at countering U.S. Navy surface warships, which bristle with SM-2, SM-6 and Sea Sparrow surface-to-air missiles for shooting down both hostile aircraft and antiship missiles. These are especially potent when their firepower and sensors are coordinated by the Aegis combat system, which include vessels in the American, Japanese, South Korean and (soon) Australian navies.

This article was first published in February 2019.