Who Gave the CDC the Right to Ban Evictions? 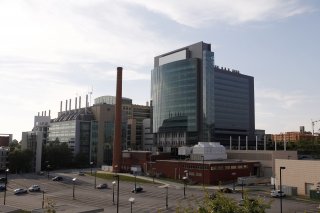 A beautiful aspect of American democracy is the separation of powers. The different branches of government are assigned specific functions, and are limited to the exercise of certain, specifically outlined powers.

The Centers for Disease Control and Prevention doesn’t appear to have gotten that memo.

Although the order states that tenants remain obligated to comply with their leases and still may be charged for back rent, fines, fees, or interest, landlords effectively are left without real legal recourse for the duration of the CDC order. Landlords can’t replace tenants who don’t pay rent—or start legal proceedings against them—until next year.

Landlords who violate the moratorium also may be fined up to $100,000 and face up to one year in prison.

The CDC’s order is problematic for several reasons. First, although it claims otherwise, the agency has neither the constitutional nor statutory authority to implement such a sweeping order. Even if the text of the statute grants it—which it does not—it would be unconstitutional for Congress to give the CDC that type of sweeping pseudo-legislative power.

It’s not clear whether Congress itself would have the constitutional authority to implement such a sweeping order. And, importantly, even if one believes the CDC’s policy is a good one, allowing an executive agency to read such broad and significant power into the text of a statute for the sake of “good results” could empower future administrations to do the same thing—but with policies you no longer think are good.

So why doesn’t the Centers for Disease Control and Prevention have the power to order a nationwide moratorium on evictions?

The CDC claims that Section 361 of the Public Health Service Act and its implementing regulation grant it this sweeping authority. The agency’s interpretation here is fundamentally flawed and stretches its power far beyond what the text permits.

To stop the spread of a disease, the Public Health Service Act grants the CDC the power of “inspection, fumigation, disinfection, sanitation, pest extermination, destruction of animals or articles found to be so infected or contaminated … and other measures, as in [the surgeon general’s] judgment may be necessary” for “purposes of carrying out and enforcing … regulations” that “in his judgment are necessary to prevent the introduction, transmission, or spread of communicable diseases” into the United States or across state lines.

The law doesn’t mention a nationwide eviction ban, and the reference to “other measures” is no help. A basic canon of statutory construction—known as the “ejusdem generis” (Latin for “of the same kind”) rule—is that when a broad, vague term follows a list of specifics, that term must refer only to the same sort of things listed before it.

Nationwide eviction bans are nothing like the localized, limited actions of inspecting, fumigating, or disinfecting specific buildings or neighborhoods or exterminating pests.

The CDC must know that its authority under the Public Health Service Act is not nearly as broad as doing literally anything it arbitrarily deems necessary. The agency’s own regulation reflects this understanding by limiting its authority to taking “reasonably necessary” measures, including the specific powers listed in the statute. Like the statute, the regulation includes no authority for the sweeping power the CDC has claimed.

Even if the statute and implementing regulation did permit this power, the CDC’s order still fails to explain how a nationwide eviction ban is reasonably necessary. It couldn’t do this even if it wanted to.

For one thing, the CDC’s own data shows that COVID-19 infections and deaths are trending down across the country. And for another, the logic that the agency presents is full of holes.

For example, the CDC assumes that, but for this order, “mass evictions” will occur and result in mass homelessness, and that homelessness will spread the disease. But even if mass evictions are on the horizon, and even if they result in mass homelessness, and even if that increases the spread of the coronavirus, it doesn’t follow that it is “reasonably necessary” to ban evictions in all states—even ones with low infection rates such as Vermont, Wyoming, and Maine.

What’s more, the regulation forbids the CDC from taking any steps until it determines that state measures are insufficient. The agency’s order simply assumes, without support, that all state efforts that don’t match or exceed the order with respect to halting evictions are insufficient to slow the spread of COVID-19. But many states already have eviction bans, and others successfully have checked the spread of the disease with lesser measures.

Putting these obvious problems aside, the CDC’s order has bigger constitutional problems. The agency purports to wield power delegated to it by Congress, but Congress can’t delegate power it does not have.

The Constitution includes no clear source of authority for this federal eviction ban, though supporters likely will endeavor to find one in its dreaded “penumbras” or stretch existing authority to (or beyond) its breaking point.

Under the CDC’s plan, any renter who meets an extremely subjective five-pronged test potentially could be covered. Where’s the constitutional authorization for such broad-based action without any corresponding compensation to landlords? Even an expansive interpretation of the Constitution’s Commerce Clause should be of little help.

Although the Supreme Court has broadly interpreted Congress’ power under this clause, it has shown a willingness in recent years to place some limits on it.

For example, the Supreme Court held that the Commerce Clause could not support the Affordable Care Act’s individual mandate. Here too, Congress’ power to enact a nationwide eviction moratorium under the guise of regulating commerce stretches credulity.

Whatever its potential source of constitutional authority, Congress and Trump administration officials must more clearly articulate it, especially since none is readily apparent.

To be clear, Congress did pass a much less constitutionally questionable moratorium on evictions earlier this year. There, the moratorium Congress passed in March as part of the CARES Act banned evictions for 120 days by landlords who voluntarily participated in a federal program or took federal money.

More importantly for our purposes, Congress let that moratorium lapse and so far has chosen not to reinstate one.

Even if, however, Congress had this power, this delegation would be unconstitutional under the “nondelegation doctrine.” That doctrine requires that a delegation of congressional authority to an executive agency must have an “intelligible principle.”

The Public Health Services Act’s list of powers (sanitation, fumigation, etc.) meets that standard, but the sweeping authority claimed here isn’t constrained by any principle, much less an intelligible one.

To sum up, the CDC’s order sets a dangerous precedent. If the agency unilaterally can declare an eviction moratorium necessary and enact it, what’s to stop the CDC from unilaterally taking actions in a whole host of areas?

Gun violence? Sure. Some already have called it “a public health crisis.” Combating racism? Ditto there too.

If the eviction moratorium stands, it sets the stage for the CDC’s power to become boundless. No one wants that, especially in light of the CDC’s recent, less-than-stellar track record of dealing with something that should be squarely in its wheelhouse—an actual public health crisis.