Who Would Win a U.S.-Japan vs. China War? Here's One Scary Projection. 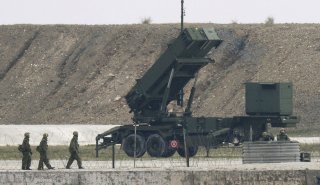 Here's What You Need To Remember: A hypothetical war in the Pacific, with the United States and Japan on one side and China on the other, would hinge heavily on what technology each side has - and what it could develop over the next decade.

Kris Osborn is defense editor for the National Interest. Osborn previously served at the Pentagon as a Highly Qualified Expert with the Office of the Assistant Secretary of the Army—Acquisition, Logistics & Technology. Osborn has also worked as an anchor and on-air military specialist at national TV networks. He has appeared as a guest military expert on Fox News, MSNBC, The Military Channel, and The History Channel. He also has a Masters Degree in Comparative Literature from Columbia University. This article first appeared in August 2020.