Why 5th Generation ‘Minus’ Fighters Are the Future 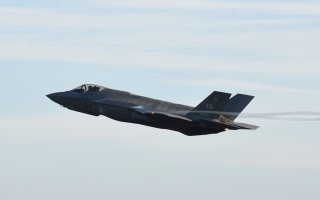 Last month, the U.S. Air Force made headlines around the world by suggesting that a new “5th generation minus” fighter might be the answer to the branch’s operational cost woes. After years of touting the F-35 Joint Strike Fighter as the future of military aviation, this announcement led to a flurry of headlines characterizing the F-35 as a failed program. Although that may be an unfair characterization of the aircraft itself (as we’ve discussed before), there’s no denying that the Joint Strike Fighter has proven to be both less capable and far more expensive than originally intended.

In truth, the Air Force didn’t write off the F-35 last month and more than it has in the past–like in 2018 when the branch threatened to reduce its order of F-35s in order to offset the aircraft’s high operating costs. Now, as then, the argument hasn’t been about whether or not the F-35 is a highly capable jet. In fact, among aviators who have spent time at the stick of the stealthy fighter, there’s little question as to how handy it is in a fight. The problem is, as is so often the case, really about money.

The F-35 is capable, but it’s also expensive

The F-35 Joint Strike Fighter’s procurement price has lowered consistently over the past decade to the point where its per-unit price is now actually lower than that of the 4th generation powerhouse F-15EX being purchased as replacements for the force’s aging F-15s. That price is awfully misleading, however, for a number of important reasons.

A new F-35A will set the Air Force back a cool $77.9 million. For that price, the Air Force gets the stealthiest fighter on the planet with the best data fusion capabilities a fighter has ever seen… but only for 8,000 flight hours or so. Each of those hours, it’s important to note, cost the Air Force around $44,000.

The F-15EX, on the other hand, rings in at slightly more: about $80 million per jet–and while it may not be stealthy, the new F-15s are expected to have a whopping 20,000-hour operational lifespan, with each of those hours costing the branch about $29,000. Of course, it’s important to remember that the F-15EX isn’t a suitable replacement for the F-35… they really do fill very different roles.

The F-35 is a multi-role aircraft that isn’t the fastest or most nimble, nor does it carry a ton of firepower… but it is incredibly difficult to target, and perhaps most important of all, its onboard computers can manage disparate data from near and far sensors in a way no aircraft before it ever could. Having an F-35 in the neighborhood can actually make 4th generation jets nearby more lethal, thanks to fused data stream F-35 pilots have access to from inside their $400,000 helmets.

“There has never been an aircraft that provides as much situational awareness as the F-35,” explained Major Justin “Hasard” Lee, an F-35 pilot in the Air Force Reserves.

“In combat, situational awareness is worth its weight in gold.”

This is really what Air Force Chief of Staff General Charles Q. Brown, Jr was getting at in his recent comments that took the world by storm.

“You don’t drive your Ferrari to work every day, you only drive it on Sundays,” Brown said.

“This is our ‘high end’ [fighter], we want to make sure we don’t use it all for the low-end fight.”

If money were no object, the Air Force would probably be happy to replace every F-16 in the force with a shiny new F-35, but ongoing issues with the aircraft have stalled full-rate production for years, and truthfully, the Air Force couldn’t afford to fly a fleet of F-35s that large. It’s probably also important to note that if money were really no object, the Air Force would probably kickstart production of the F-22 for air superiority roles again. Though, it’s important to note that restarting the F-22 would likely cost far more than developing a new and better fighter. Much of the supply chain and facilities used for the F-22 have since been cannibalized by the F-35 here in the money-is-an-object dimension we’re all trapped in.

So, with the understanding that the F-35 isn’t a cost-effective solution to tactical operations in uncontested or lightly contested environments, some may be apt to suggest we go all-in on the development of a “6th generation” fighter like the one the Air Force claims to have already tested. That approach, however, isn’t going to solve the F-35’s budgetary woes. Chances are, a more advanced fighter would exacerbate them.

The reason the F-35 has proven so expensive is really a combination of its unprecedented nature and poor acquisition policies within the Defense Department. When the Joint Strike Fighter program began. Lockheed Martin’s X-35 and Boeing’s X-32 were asked to build something with a broader capability set and greater technological requirements than any fighter that had come before them. In a very real way, many within the aviation industry weren’t even sure an aircraft could do all the things the Pentagon wanted from this new fighter.

It was the F-35’s forward reaching goals, combined with a policy of concurrent production wherein Lockheed Martin would start delivering F-35s before they had been fully tested, that would eventually turn the program into a cautionary tale for defense budgeteers. And while some elements of the acquisition process have improved as a result… a “6th generation” fighter would struggle under some of the same challenges.

Fighter generational designations are not based on military standards or government policy–they’re really nothing more than industry terms used to lump fighters of similar capabilities together. Currently, there are no established requirements for what makes a “6th generation” fighter, but by its very definition, it would have to represent a significant jump in capability over fighters like the F-35 or F-22. New technology is always more expensive than the stuff you have on your shelf.

As such, a next-generation fighter would indeed offer useful new capabilities, but likely in a package that’s not much easier to pay for than our current stable of stealth jets. America needs to field such a fighter, but in the short term, putting all of our eggs in that basket likely would result in more fiscal woes, rather than fewer.

4th Generation fighters are part of the answer

Any time you mention funneling money into new 4th generation fighter programs like the F-15EX or the Block III F/A-18 Super Hornet, the response is the same: “Why buy old, non-stealthy fighters in this era of F-35s, F-22s, Su-57s, and J-20s?”

The answer is actually pretty simple. These stealth jets are unnecessarily expensive for combat sorties over places like Syria, Afghanistan, Iraq, or most of Africa–all of which currently see U.S. troops embedded with local militaries for varying sorts of combat and anti-terror operations. Why pay $44,000 an hour for close air support when the better suited A-10 can do it for a measly $19,000 per hour?

And therein lies the importance of America’s legacy aircraft. In order to balance current combat operations with mitigating threats posed by near-peer nations like China, the U.S. needs jets that can handle today’s fight without draining the budget, so it can afford to build the right aircraft for the threats looming on the horizon.

Regardless of what sensational headlines may have told you in recent weeks, the F-35 isn’t seen as a failure among most of the Pentagon’s decision-makers. And thanks to the political insulation F-35 production has as a result of Lockheed spreading its facilities across most of America’s 50 states, few lawmakers are apt to vote against it either. The F-35 is here to stay. Now America needs to find ways to support it with other highly capable aircraft.

“The reason I’m looking at this fighter study is to have a better understanding of not only the F-35s we’re going to get but the other aspects of what complements the F-35.”

This brings us to General Brown’s recent statements about developing a “clean sheet” fighter that couples some of the technological leaps found in 5th generation computing powerhouses like the F-35 with some of the cost savings found in 4th generation workhorses like the F-15EX. The result would be an aircraft that isn’t as advanced as the F-35, but more capable than non-stealthy 4th generation jets. This concept can already be found in the joint South Korean and Indonesian fighter program dubbed KAI KF-X.