Why the Age of Big Battle Fleets May Be Ending 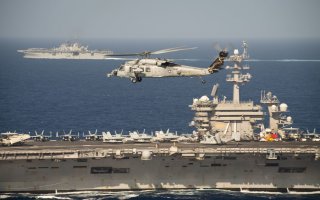