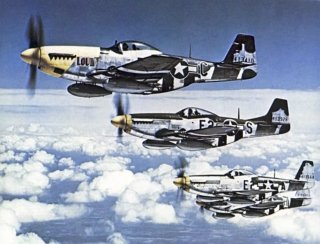 Here's What You Need to Remember: In fact, the U.S. Air Force did eventually buy a propeller-driven counterinsurgency plane. Brazil's A-29 Tucano was selected in 2011 for the new Light Air Support contract. There are twenty aircraft on order.

Forget the P-51 Mustang or Zero: This Was the Best Fighter Plane During World War II