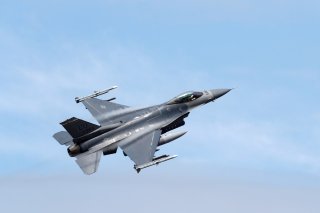 Here's What You Need to Remember: Unlike the early model F-14 and F-15s, the Falcon was also designed as a multirole fighter, and it could lug up to seventeen thousand pounds of munitions or electronic-warfare gear on its eleven hardpoints, including a new generation of precision guided weapons such as Maverick missiles and laser-guided bombs.