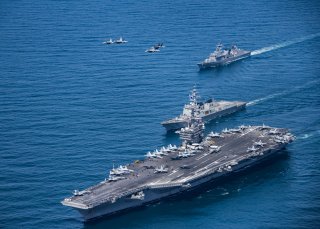 Key Point: It may be then that the carrier is not being rendered obsolete but is evolving (or regressing) into the role that interwar strategists had in mind for it—a platform geared towards spotting and perhaps providing fighter cover for a twenty-first century variant of the battleship.

Sidharth Kaushal is a research fellow for Seapower at the Royal United Services Institute and has written on various aspects of maritime strategy both for edited volumes and various journals. He is in the process of completing his PhD at the London School of Economics and Political Science. This piece was originally featured in 2018 and is being republished due to reader's interest.