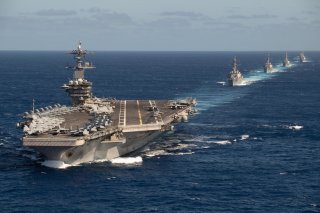 Here's What You Need to Remember: Despite its name, the purpose of the carrier strike group isn't really to strike. It's to seize and hold a million square miles of the Earth's surface against all but the best armed and most determined opponents.

Salvatore Babones is the author of The New Authoritarianism: Trump, Populism, and the Tyranny of Experts. This article first appeared in 2019.