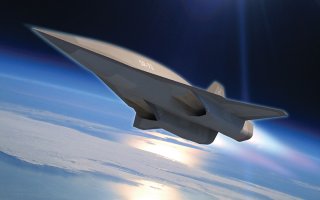 Here’s What You Need to Remember: Moscow and Beijing are racing to build hypersonic weapons and so is Washington. A new SR-71 might just be the quickest way to get there.

The Lockheed Martin SR-71 Blackbird is rightly viewed as a legend. Best known as a recon plane that nobody could hit, it even was considered as the basis for a fighter and was the second-fastest manned plane in history.

It was thought satellites and drones could replace the SR-71. The problem was that satellites are predictable, and too many drones just don’t have the performance or reliability. But Lockheed’s Skunk Works, which created the A-12/YF-12/SR-71 family, is now developing an SR-72, and they promise it will be faster than the Blackbird.

Lockheed noted that the SR-71 was designed on paper with slide rules. Even without the benefit of high technology, the SR-71 proved to be superb at its role.