Why America's Allies Are Clamoring for the F-35 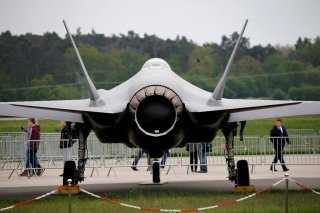 Here's What You Need to Remember: There are tremendous advantages for the U.S. and its allies from the growing international F-35 community. Currently, twelve countries have ordered the F-35, either as members of the consortium or through the foreign military sales process.