Why Amphibious Ready Groups are a Perfect Fit for the Pacific 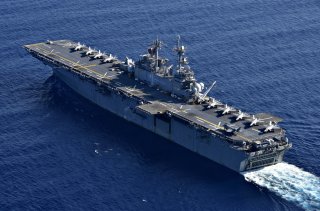 Here's What You Need To Remember: Amphibious Ready Groups provide flexibility and firepower that can respond to a range of scenarios, making them a key piece of any strategy in the Pacific.

This article first appeared in July 2021 and is being reprinted due to reader interest.