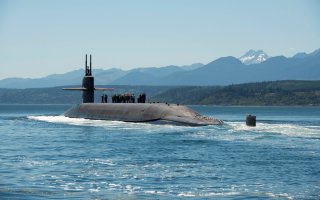 Here's What You Need to Know: The next generation of boomers could serve until 2085.

In the event of a nuclear exchange, a boomer would likely receive its firing orders via Very Low Frequency radio transmission. While a submarine’s missiles are not pretargeted, like those in fixed silos, they can be assigned coordinates quite rapidly. The first eight Ohio-class boats were originally built to launch the Trident I C4 ballistic missile—an advanced version of the earlier Poseidon SLBM. However, by now all of the boomers are armed with the superior Trident II D5 ballistic missile, which has 50 percent greater range and is capable of very accurate strikes, which could enable them to precisely target military installations as a first-strike weapon.