Why Are Progressives Supporting the Death Of U.S. Cities? 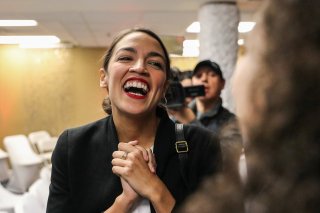 As the nation enters 2021 with hopes of healing divisions, Vox published a story with the drop headline, “Young families and wealthy people are decamping for the suburbs — which might make cities more pleasant for everyone else.” This is exactly the continued nonsense from the left that continues to polarize our discourse, and it needs to stop.

Why is it acceptable to suggest that families and high-income earners — groups who support many institutions and public infrastructure projects, pay taxes and fees, and contribute to the socio-economic and cultural life of cities — should get out of cities and that their kind, views, preferences, and needs are simply not welcome? Such a view is the antithesis of real diversity and inclusion, and it is willfully ignorant of the real benefits of socio-economic diversity which develops from those families and those with capital as much as any other group.

The hypocrisy of the left is on full display here. Progressives generally preach that all are welcome, promoting endless messages about inclusivity and tolerance. But sentiments that particular groups of people are not welcome in cities and that their absence is a good thing for others reflect an underlying commitment to exclusivity and ghettoization. Accordingly, the Vox piece does not offer paths to enhance real diversity and inclusion. Instead, it suggests that “the mass exodus of people leaving… might actually make cities more hospitable to middle- and working-class folks,” a position not about promoting equity and access, but about promoting the replacement, demonization, and balkanization of others.

Moreover, many of the ideas in the piece are divorced from reality, such as the notion that cities are social, chaotic bastions compared to boring, anti-social, homogeneous suburban wastelands. The article approvingly states that, “Cities are communal, they attract people who don’t want homogeneity, who can tolerate a little chaos, and who aren’t afraid of other human beings.”

The problem here is that American urban environments are hardly Jane Jacobs’ inspired street life ballet fantasies compared to suburban bubbles. Data from AEI’s Survey on Community and Society (SCS), fielded before the pandemic, shows that those who live in cities — places with sidewalks and denser “architecture[s] of engagement” — are not appreciably closer to their communities and neighbors when compared to the suburbs.

The SCS survey asks, for instance, how much the people in one’s neighborhood give someone a sense of community. The differences are minor. In large cities and their suburbs, just 20 percent of respondents believe that the people nearby give them a strong sense of community. In small cities or towns, the figure increases a few points to 26 percent and climbs to 28 percent in rural areas. As for talking with one’s neighbors, a prerequisite for real relationships to develop, there are no appreciable differences, with roughly 50 percent of those in rural, suburban, and urban areas all claiming that they talk with the neighbors a few times a week or more, and three-quarters saying at least a few times a month.

The data further show that 47 percent of urban dwellers and 49 percent of suburbanites believe that people in their neighborhoods mostly share the same values, whereas that figure climbs to 59 percent for those in rural areas. Going further, when asked about cooperating for a communal good — like conservation of electricity or water — 70 percent of city residents, 75 percent of suburb residents, and 74 percent of those in small cities and rural areas all thought that it was likely or very likely that people within the community would cooperate. So not only are levels of sociability fairly low in general, but it is wrong to characterize urban areas as vibrant compared to the suburbs. Cities are wonderful, but they are not as social as widely believed.

Cities are expensive, and policies should exist which help Americans to realize their full potential in all conurbations. But the Vox piece did not offer any suggestions for policy change. Rather, it celebrated the flight of some during the pandemic and argued that less familial and socio-economic diversity is actually beneficial for different groups who will take the seats of these groups. These ideas are offensive and cut against real liberal and communal ideas. This progressive view that cities are for some and not others is at its heart intolerant and reveals a rejection of pluralism and an unwillingness to work with those who share different views and priorities.

Jane Jacob’s idea that cities have “built-in equipment allowing strangers to dwell in peace together” may be true, but we need to ask ourselves if we want real diversity in those strangers and the sparks that emerge from them, or some progressive vision which is actually one of homogeneity and prejudice. Celebrating certain groups leaving cities is the wrong way to make our cities thrive.