Why Battlecruisers Had No Chance in Hell of Replacing Battleships 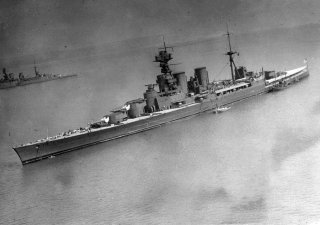 Key Point: The new class of warships were meant to be fast enough to go in and hit hard, but also able to move quickly out of harm's way. Instead, these warships were too thinly armored to take much of a punch when actually hit.