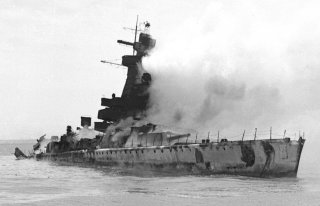 Here's What You Need To Remember: It became clear that the existing fleet was sufficient for whatever the Royal Navy might need in terms of battleships, and that there was little to be gained from constructing new 16” gunned ships.