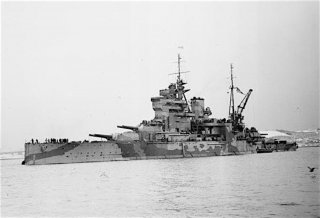 Here's What You Need To Remember: In the Pacific Queen Elizabeth helped escort carrier attack groups against Japanese targets in the Dutch East Indies. With Allied naval supremacy assured, it returned to Great Britain in July 1945, and was placed in reserve. Even after reconstruction, Queen Elizabeth could make little contribution to the postwar navy, and it was scrapped in 1948.