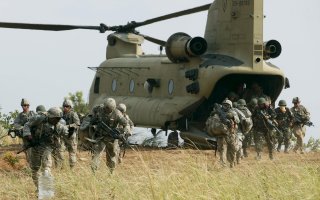 Key Point: China might be behind, but it is fast developing.