Why Did America Invade Russia in 1918? 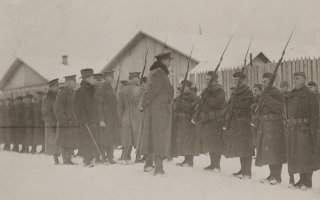 Here's What You Need to Know: Wilson’s intervention in the Russian Revolution was conceived with vague, limited goals that inevitably crept to encompass impossible ambitions.