Why Did China's Navy Cancel Two of Its New Super Aircraft Carriers? 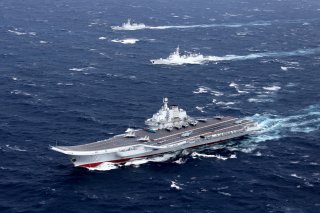 Key Point: For over a decade, China has been steadily building up plans to deploy six aircraft carriers of progressively greater capability.

Sébastien Roblin holds a Master’s Degree in Conflict Resolution from Georgetown University and served as a university instructor for the Peace Corps in China. He has also worked in education, editing, and refugee resettlement in France and the United States. He currently writes on security and military history for War Is Boring. This article first appeared in 2019 and is reprinted here due to reader interest.