Why Did the F-14 Tomcat Need to Leave the Party Early? 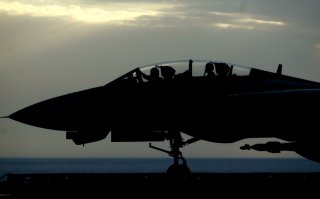