Why Did the F-23 Fighter Never Take Off? 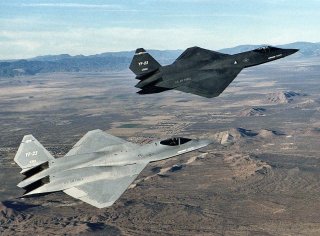 At the time, Northrop was in the doghouse with the Pentagon and the U.S. Congress because of massive cost overruns on the B-2 Spirit stealth bomber and several other projects. Meanwhile, partner McDonnell Douglas wasn’t faring much better.