Why Did the U.S. Navy Show Off Three Missile Submarines to China in 2010? 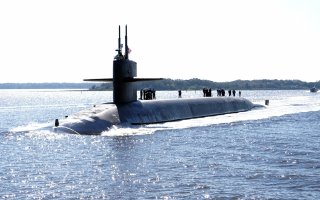 Here's What You Need to Know: Washington seemed to say to Beijing, "Sure, you might surprise us with your missiles. But we remember we have plenty of missiles of our own."