Why Didn't Imperial Japan Go All the Way at Pearl Harbor? 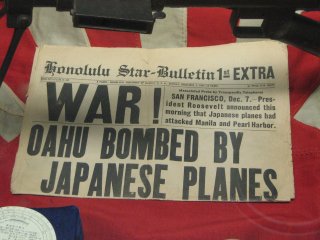 “Land birds” could never have fought a major fleet action like Midway in the Central Pacific. Japanese naval chieftains, it seems, skimped on the sections of Mahan’s writings that explain how to amass the sinews of sea power—or cut their antagonists’ sinews. They skipped to the good parts about sea combat—and ended up paying dearly for being less-than-attentive pupils. They were too Mahanian and not Mahanian enough at the same time.

Military folk join the service to do battle, a tactical pursuit. Ultimately, though, senior military folk must take account of larger things—lest they suffer the same fate Japan suffered after its failure at Pearl Harbor. That means digesting more than just the good parts.